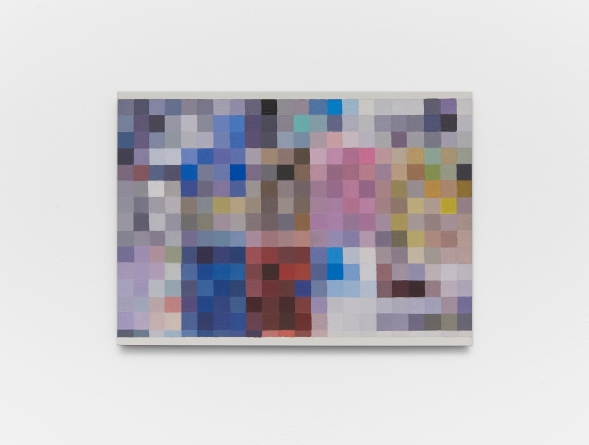 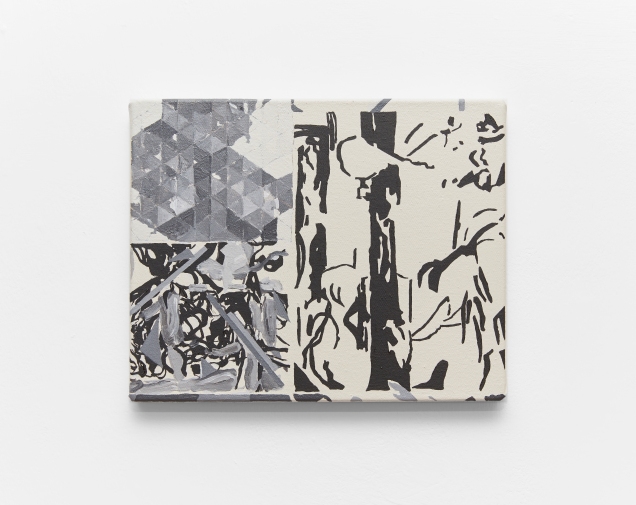 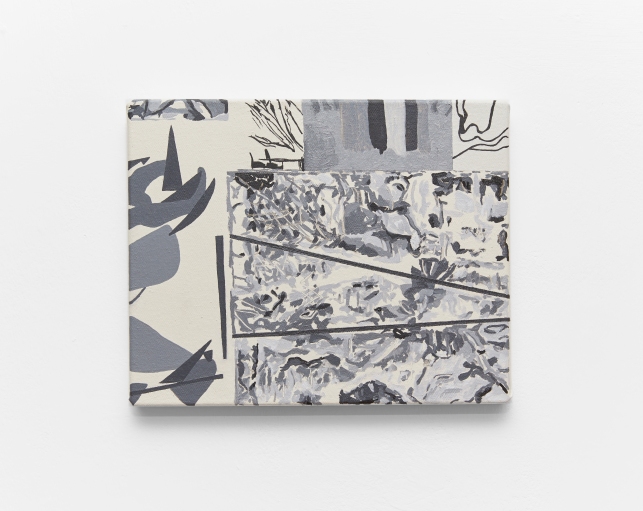 In one of his statements about his practice, Henri Matisse described his “methods of modern construction” as “the production of a true compound in which the elements of a picture fit together like the parts of a house or human body”[1]. In taking up this phrase as a title for a new set of works, I suggest a point of reference within early Modernist painting, and Matisse’s project in particular, though my intention is to travel some distance from that origin. The work is in three parts:

Part 1 is a large wall collage, built up through small, varied elements. These are made with exhuberance, both in their use of colour, eclectic materials and motifs. Many of the motifs are loosely derived from Matisse’s works, but also reference other painters. The collage is intended as a generative form, an archive of sorts from which the act of remaking can take place. Elements of the collage can be selected and shown as part of an installation that responds to a specific site and in dialogue with my collaborators.

Part 2 of the work takes the form of a digital image of the wall collage presented on a small screen, similar in scale to the individual collage elements. The collage here appears as it was originally installed in a block in the studio, built up piece by piece over a period of time. The re-presentation of it as a screen image is an action of removal from the origin and also introduces another form of attention and temporality, that of the digital realm.

Part 3 proposes a further removal from origin, though back into easel painting. These canvases are based on details of the wall collage that have been reworked as small, precise paintings. They each focus on separate aspects of the original: one painting takes up only the colour information and distills it into a grid of the most dominant chromas and tones; others are rendered first as pencil drawings, removing the colour and surface variations, and then painted in monochrome.

These different versions of the collage engage with and question the original source references, the great Modernist painting projects of artists such as Matisse, which proposed painting as a way of looking as much as focusing on what exactly was being seen. My work picks up on the residues of Modernist structures (gesture, pattern, the grid etc.) that remain within the contemporary. The method of the wall collage (Part 1) opens up the closed space of the easel picture, while the process of distillation (Part 3) returns to that space to think about it again. This comparison of formats asks: How is the viewer’s experience of looking and time altered in the shift from the complexity of the unruly collage to the distilled precision of the small monochromes? Might both formats provide a rhythmic structure for viewing, affecting the pace of the act of looking? The remaking of small details is a kind of aside from the main story –of life, of history and their forceful narratives– that can perhaps only be dealt with as small steps, negotiations that relate to individual moments of sensation: touch and colour, space and time.